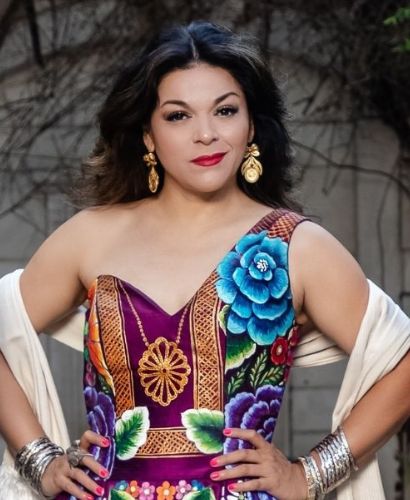 A passion filled energetic celebration of Latin American orchestral hits paired with the firework playing of highly acclaimed Costa Rican trumpeter Jose Sibaja and Mexican soprano Mónica Ábrego. This high-octane concert is sure to make you want to dance and sing along!

In addition to being the lead trumpet of the Boston Brass, Sibaja has recorded with such artists as Ricky Martin, Gloria Estefan, Celia Cruz and has performed on television at the MTV awards, Grammy Awards, Saturday Night Live, The Tonight Show with Jay Leno, Late Night with David Letterman among many others.

Mónica Ábrego is one of Mexico’s most outstanding sopranos. She has performed on stages around the world with a diverse repertoire which includes opera, lied, oratorio, folk, and popular music.

ACCESSIBILITY: We are committed to making our performances and venues accessible to all of our patrons. More information can be found at https://utahsymphony.org/plan-your-visit/abravanel-hall-accessibility/.

GENERAL AGE GUIDELINE: Individuals ages five and older are welcome at this performance. Parents should ensure their children are able to sit quietly through the performance without disturbing others around them. No babes in arms will be admitted.

LATE SEATING POLICY: Late seating will be at an appropriate break in the concert, to be determined at a later date, or at intermission. More information on our late and re-entry policies is available at utahsymphony.org.