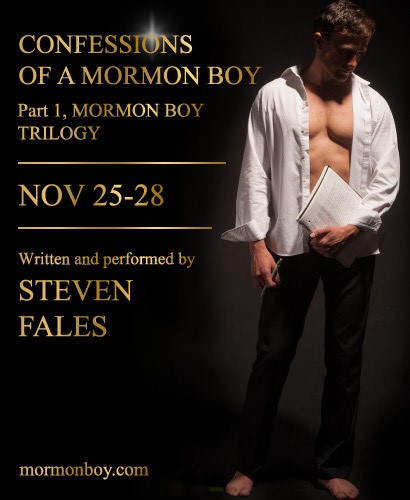 Part 1 of the Mormon Boy Trilogy

Steven Fales’ groundbreaking solo play, Confessions of a Mormon Boy, returns to Salt Lake City where it forest premiered 20 years ago before playing Off-Broadway, across the country, and around the world. The first gay Mormon to ever tell his story in any kind of mainstage/mainstream way, Confessions was ahead of its time but is now right on time for a whole new generation. This production launches Fales’ post-pandemic MormonBoy 2.0 with Confessions being Part one in his Mormon Boy Trilogy which also includes his Missionary Position and Prodigal Dad. For more information about his “Mormon Boy Experience” visit mormonboy.com.

Age policy: Recommended for ages 18 and up. Not appropriate for children under 13. All patrons require a ticket (no babes-in-arms).