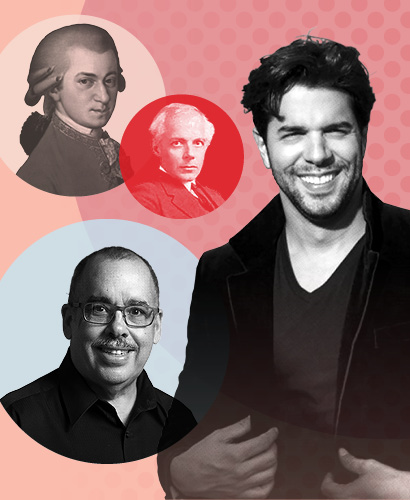 Concert Highlights Include:
• Experience a recently premiered work from Puerto Rican composer Roberto Sierra, winner of the 2017 Tomás Luis de Victoria Prize, the highest honor given in Spain to a composer of Spanish or Latin American origin.
• Bartók’s Divertimento is one of the composer’s lightest and most accessible scores, written while alone in a rustic Alpine cottage with not so much as a cloud or a newspaper to darken his days.
• In Symphony No. 41, universally known among English-speaking music lovers as the “Jupiter” Symphony, Mozart seems intent on showing off his sheer brilliance as a composer in what would become the last symphony he composed.

Late Seating Policy:
Late seating will be at an appropriate break in the concert, to be determined at a later date. More information on our late and re-entry policies is available at utahsymphony.org.