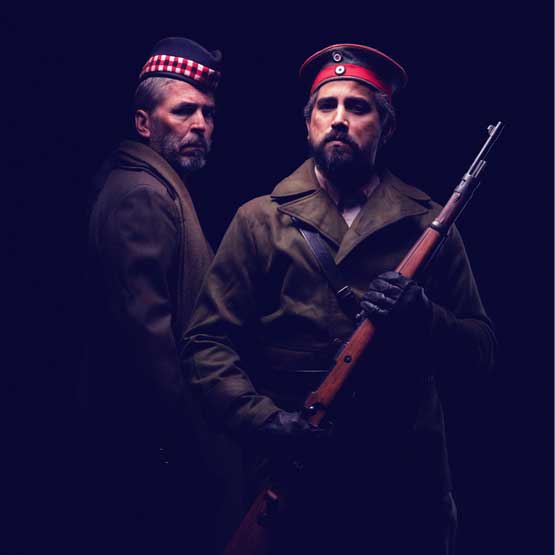 Witness rare and poignant moments of humanity during the world’s most brutal war in this stunning musical depiction of the legendary Christmas truce of 1914.

It’s December 24, 1914 on the Western Front, and the sounds of battle between the French, Scottish, and German armies are replaced by those of Christmas carols. A short truce is called, but it isn’t long before the soldiers are confronted with the realities of war and what they mean for the coming days.

• WWI’s 1914 Christmas Truce comes to life in this Pulitzer Prize-winning opera based on the Oscar®-nominated film Joyeux Noël.
• Director Tomer Zvulun makes his Utah Opera debut with an award-winning, gripping production originally designed as a co-production for the Wexford Festival, The Glimmerglass Festival and Atlanta Opera by Erhard Rom with costumes by Vita Tzykun