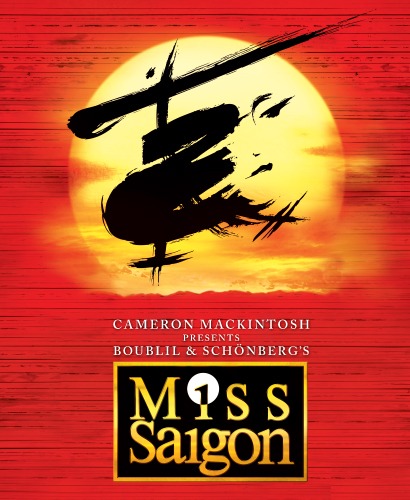 Experience the acclaimed new production of the legendary musical MISS SAIGON, from the creators of Les Misérables.

This is the story of a young Vietnamese woman named Kim who is orphaned by war and forced to work in a bar run by a notorious character known as the Engineer. There she meets and falls in love with an American G.I. named Chris, but they are torn apart by the fall of Saigon. For 3 years, Kim goes on an epic journey of survival to find her way back to Chris, who has no idea he’s fathered a son.

Featuring stunning spectacle and a sensational cast of 42 performing the soaring score, including Broadway hits like “The Heat is On in Saigon,” “The Movie in My Mind,” “Last Night of the World” and “American Dream,” this is a theatrical event you will never forget.

Audio Description performance for this show is Sunday, October 20th at 6:30PM. Patrons who are interested in the Audio Description services should go to coat check and check out an assisted listening device and get instructions on what channel to selected on that device.

MISS SAIGON contains some scenes and language which may not be suitable for younger audience members, including scenes of a sexual nature. The production includes strobe lights, gun shots and pyrotechnic effects. We encourage patrons to consider these factors when making their decisions about attending the performance. Recommended for ages 14 and up.