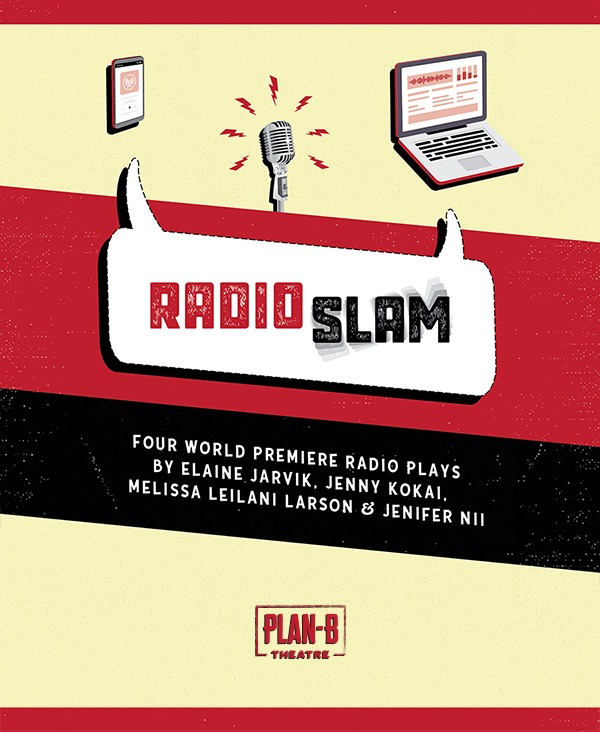 Four Utah playwrights began writing 10-minute radio plays for ages 12+ on April 16. Then, on April 24, four creative teams were randomly created. Each team had access to the expertise of the creative team that’s been creating radio drama together for over a decade (Matthew Ivan Bennett, Cheryl Ann Cluff, David Evanoff, Jay Perry) and rehearsed virtually, recorded all of the components in isolation by April 29, and then edited and finalized their piece with sound engineer to start airing  April 30 and May 1.

You can stream them now with the Plan-B Theatre Company FREE App.

Elaine Jarvik’s MY EYES ARE CLOSED SO PLEASE DON’T TEXT ME
Syd is stranded 100 (or possibly 500!) feet in the air. Now she’d give anything to hear the sound of a real person on the other end of her phone.
Director: Morag Shepherd
Actor: Kallie Filanda
Sound Designer: Jennifer Jackson

Jenifer Nii’s INFLUENCER
An influencer gets more than she bargains for when she uncovers the secrets of a mysterious group living on the outskirts of town.
Director: Alexandra Harbold
Actor: Isabella Reeder
Sound Designer: Joe Killian