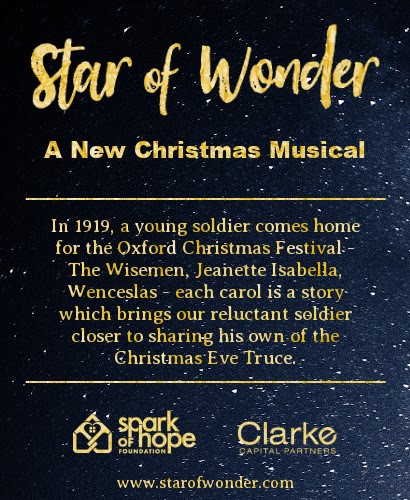 Star of Wonder – A New Christmas Musical.
Christmas Eve – 1919. World War I soldier, Jack, comes home to Oxford for the first time since the beginning of the war. His family’s Christmas Festival for the town is underway. Jeanette Isabella, The Three Kings, Good King Wenceslas, The Innkeeper – Each carol is a story, and each story brings our WWI soldier closer to sharing his own story of the miraculous Christmas Eve Truce.

Age policy: Recommended for ages 8 and up, children 13 months and under (babies in arms) do not require a ticket.