Utah SymphonyStar Wars: The Return of the Jedi in Concert 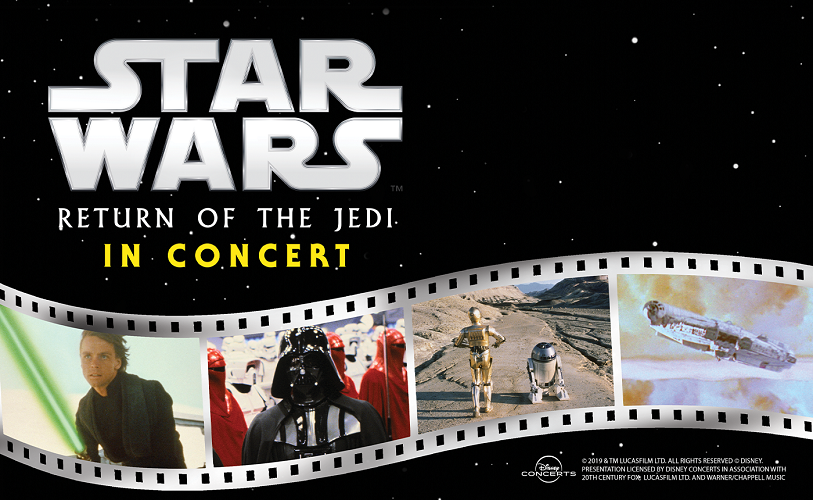 Utah Symphony Presents
Star Wars: The Return of the Jedi in Concert

“I am a Jedi, like my father before me…”

In the spectacular climactic sixth episode of the Star Wars saga, Darth Vader readies the second Death Star to unleash the final blow to the Rebel Alliance. Luke Skywalker (Mark Hamill) joins his droid allies R2-D2 and C-3PO, along with Princess Leia (Carrie Fisher), to free his comrade Han Solo (Harrison Ford), imprisoned by the vile crime lord, Jabba the Hutt. Reunited, the Rebels race to the moon of the planet Endor where they launch a desperate attack upon the entire Imperial Fleet.

But the ultimate battle is between father and son, as Luke faces Darth Vader one last time, for the fate of the galaxy hangs in the balance. Watch the complete film unfold as the Utah Symphony performs John Williams’ legendary score live to picture.

All programs are subject to change given the ongoing uncertainty around the COVID-19 health crisis. Should USUO need to cancel or change elements of the season, ticket holders will be notified about their ticket options. USUO continues to prioritize the health and well-being of the entire community.

GENERAL AGE GUIDELINE: Individuals ages five and older are welcome at this performance. Parents should ensure their children are able to sit quietly through the performance without disturbing others around them. No babes in arms will be admitted.

LATE SEATING POLICY: Late seating will be at an appropriate break in the concert, to be determined at a later date, or at intermission. More information on our late and re-entry policies is available at utahsymphony.org.

PRE-CONCERT FESTIVITIES: Arrive early to interact your favorite Star Wars characters in the lobby and grab some dinner from the food trucks on the plaza.