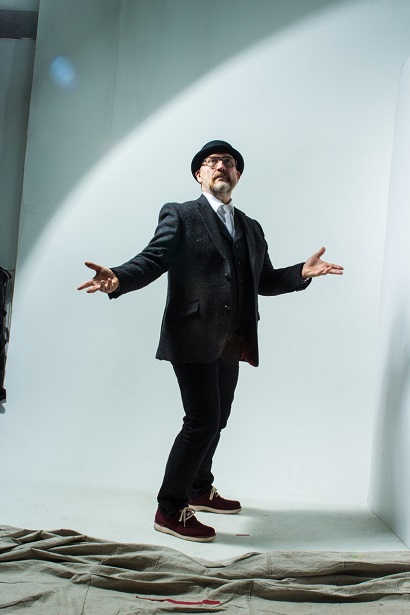 Colin Hay, the former front-man of Men At Work, recently released his thirtieth solo album, Fierce Mercy. It is is an epic, cinematic step forward the singer-songwriter, most beloved for his intimate, confessional live shows but most widely known for being an influential and celebrated frontman. The range of artists who have chosen to cite him as a muse or who have found themselves on stage with him in the past year spans the genre landscape from heavy metal, to Americana, to Cuban rhythms and beyond. His inclusion as a playlist favorite from the likes of Metallica to The Lumineers reflects his continuing relevance and broad appeal.

Recorded in both Los Angeles and Nashville and mixed by Vance Powell (Chris Stapleton, Jack White) and Gordon Hammond (Buddy Miller, Don Williams), FIERCE MERCY explores themes of love and loss, mortality, and even the odd UFO sighting, but always with the singular perspective and insightful wit that define Hay’s work. He has created a new classic in his impressive repertoire (this is his 13th solo release), using a palette of pop songcraft, Americana flourishes, and soundtrack-ready strings. FIERCE MERCY is animated by its pensive, honest, and impassioned lyrics, and, Hay adds, by a sense of urgency felt deeply in the song “The Last to Know,” which introduces the album’s title concept of “fierce mercy.”

All ages welcome. Infants 0-13 months do not require a ticket.