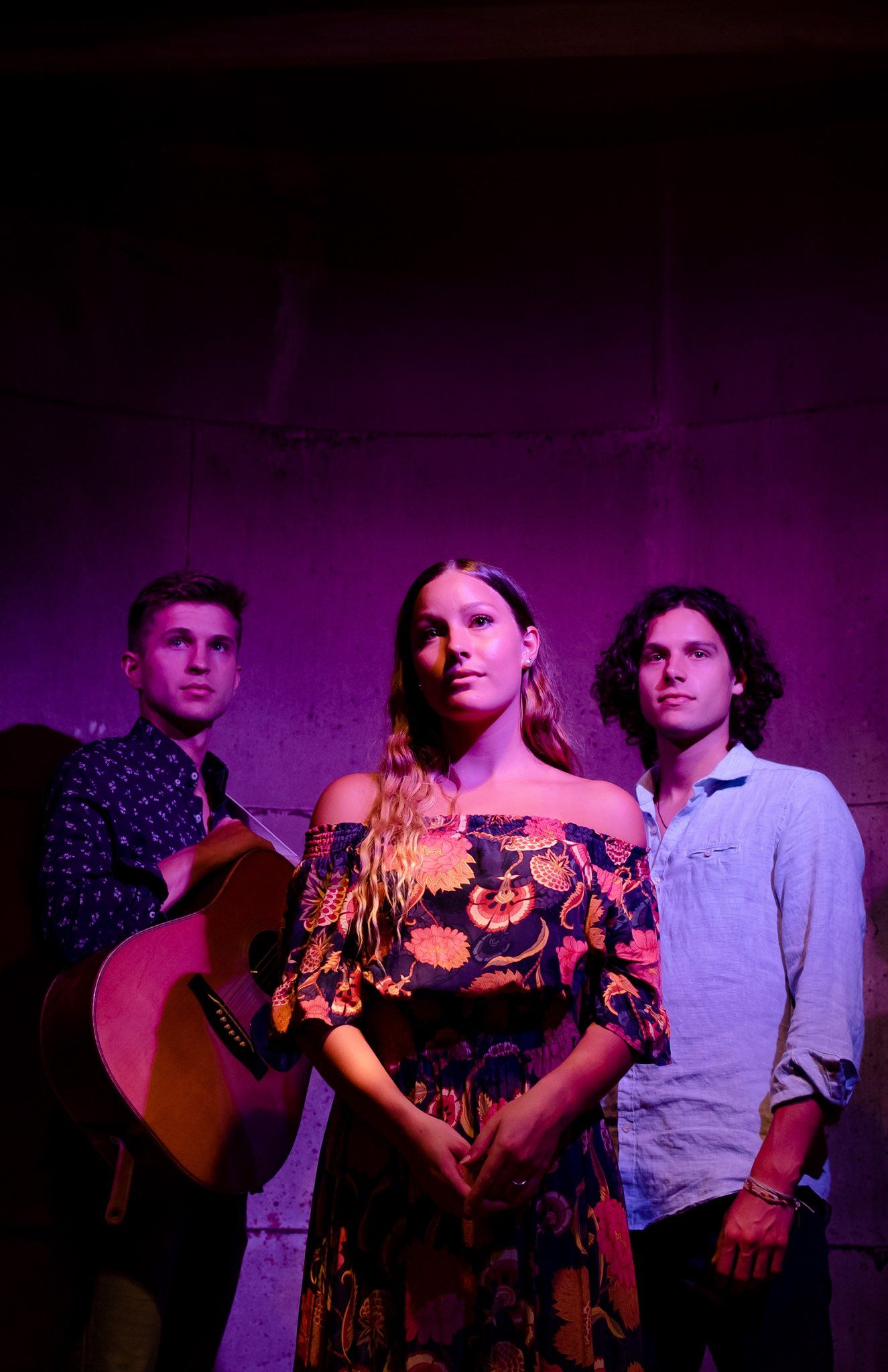 Girl Named Tom, the first ever vocal group to win “The Voice” on NBC, has a sound that is built on the heartfelt voice of Bekah Grace and her two brothers’ beautiful sibling harmony. Their homegrown style combines the classics (Joni Mitchell; Crosby, Stills & Nash) with pop artists of today (Taylor Swift, Harry Styles, Adrianne Lenker).

During their first year as a band, Bekah, Joshua & Caleb drove their old minivan cross country, playing 67 shows in 27 cities. The band’s name is based on a childhood nickname! Joshua used to call Bekah “Thomas” when she was a baby.

Girl Named Tom is on a national tour in 2023. Fans from the Troubadour in LA to The Gramercy in NYC, to small towns throughout the Midwest have been blown away by the trio’s artistry. Girl Named Tom is known for their breathtaking covers, but Caleb, Joshua and Bekah are also writing new songs to add to the show.

Age policy: Recommended for all ages, all patrons require a ticket (no babies in arms).