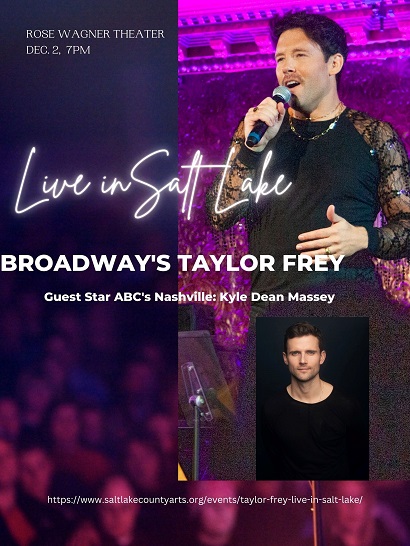 Taylor Frey’s Cabaret performance which recently debuted in New York City. Taylor Frey (How To Succeed, Finian’s Rainbow), star of Broadway, film, and television, makes his 54 Below and New York City solo concert debut. Join us for an evening of stories from his journey as a Mormon missionary in Brazil turned Broadway and Hollywood actor. From the emotionally difficult to the celebratory, he recounts stories of struggle and triumph as a standby for the stars, CEO, and father.  Selections include music from Broadway’s Waitress, Bridges of Madison County, and South Pacific, along with many renditions of his pop favorites. With a vulnerable approach to life stories that changed his trajectory, he reinvents himself in a return to the New York spotlight for the very first time.