Broadway at the Eccles 2020-21 Season Announcement

Broadway at the Eccles 2020-21 Season Announcement 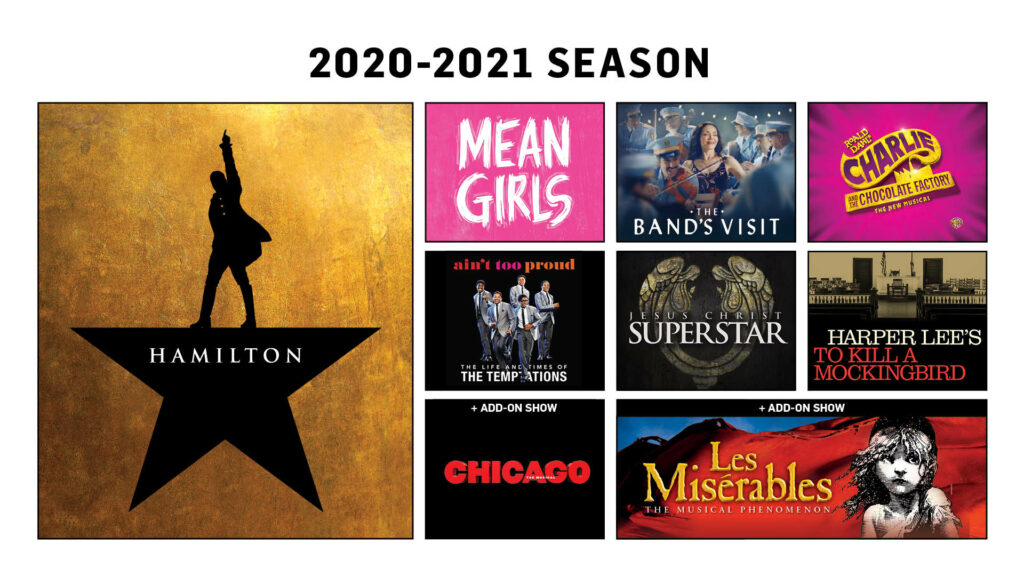 Five Utah premieres including MEAN GIRLS, TO KILL A MOCKINGBIRD and the triumphant return of HAMILTON and LES MISÉRABLES will be featured in the Zions Bank Broadway at the Eccles 2020-2021 30th Anniversary season.

Patrons wishing to become season ticket holders may join the 2020-2021 Waiting List at:  Broadway-at-the-Eccles.com. Patrons on The Waiting List will get priority information when season tickets go on sale to the public in mid-April.

This 2020/2021 7-show season package includes MEAN GIRLS, THE BAND’S VISIT, Roald Dahl’s CHARLIE AND THE CHOCOLATE FACTORY, HAMILTON, AIN’T TOO PROUD – THE LIFE AND TIMES OF THE TEMPTATIONS, JESUS CHRIST SUPERSTAR and TO KILL A MOCKINGBIRD.

Subscribers can purchase tickets to CHICAGO and LES MISÉRABLES as soon as they renew their season tickets.

“We are thrilled that our 30th Anniversary 2020/2021 season features Harper Lee’s TO KILL A MOCKINGBIRD, one of the most powerful and popular plays on Broadway in decades, four brand-new Broadway hits, two brilliant revivals and the return of HAMILTON,” says Broadway Across America’s Bruce Granath, “and, of course, it is fitting that this season celebrates LES MISÉRABLES. Thirty years after making its Salt Lake City debut on our very first season, ‘LES MIZ’ is still Utah’s favorite musical.”

Direct from Broadway, MEAN GIRLS is the hilarious hit musical from an award-winning creative team, including book writer TINA FEY (“30 Rock), composer JEFF RICHMOND (“Unbreakable Kimmy Schmidt”), lyricist NELL BENJAMIN (Legally Blonde) and director CASEY NICHOLAW (The Book of Mormon). Cady Heron may have grown up on an African savanna, but nothing prepared her for the vicious ways of her strange new home: suburban Illinois. Soon, this naïve newbie falls prey to a trio of lionized frenemies led by the charming but ruthless Regina George. But when Cady devises a plan to end Regina’s reign, she learns the hard way that you can’t cross a Queen Bee without getting stung. New York Magazine cheers, “MEAN GIRLS delivers with immense energy, a wicked sense of humor and joyful inside-jokery.” USA Today says, “We’ll let you in on a little secret, because we’re such good friends: GET YOUR TICKETS NOW!”

After a mix-up at the border, an Egyptian Police Band is sent to a remote village in the middle of the Israeli desert. With no bus until morning and no hotel in sight, these unlikely travelers are taken in by the locals. Under the spell of the desert sky, their lives become intertwined in the most unexpected ways. THE BAND’S VISIT celebrates the deeply human ways music, longing and laughter can connect us all.

Roald Dahl’s amazing tale is now Salt Lake City’s golden ticket! It’s the perfect recipe for a delectable treat: songs from the original film, including “Pure Imagination,” “The Candy Man,” and “I’ve Got a Golden Ticket,” alongside a toe-tapping and ear-tickling new score from the songwriters of Hairspray. Get ready for Oompa-Loompas, incredible inventions, the great glass elevator, and more, more, more at this everlasting showstopper!

HAMILTON is the story of America then, told by America now.  Featuring​ a score that blends hip-hop, jazz, R&B and Broadway, HAMILTON has taken the story of American founding father Alexander Hamilton and created a revolutionary moment in theatre—a musical that has had a profound impact on culture, politics, and education.

With book, music, and lyrics by Lin-Manuel Miranda, direction by Thomas Kail, choreography by Andy Blankenbuehler, and musical supervision and orchestrations by Alex Lacamoire, HAMILTON is based on Ron Chernow’s acclaimed biography. It has won Tony​®​, Grammy​®​, and Olivier Awards, the Pulitzer Prize for Drama, and an unprecedented special citation from the Kennedy Center Honors.

Ain’t Too Proud – The Life and Times of the Temptations

AIN’T TOO PROUD is the electrifying new smash-hit Broadway musical that follows The Temptations’ extraordinary journey from the streets of Detroit to the Rock & Roll Hall of Fame.

The winner of the 2019 Tony Award for Best Choreography, it’s a thrilling story of brotherhood, family, loyalty, and betrayal during a decade of civil unrest in America. Set to the beat of the group’s treasured hits, including “My Girl,” “Just My Imagination,” “Get Ready,” “Papa Was a Rolling Stone,” AIN’T TOO PROUD tells the unforgettable story of the legendary quintet that Billboard Magazine named the greatest R&B group of all time.

JESUS CHRIST SUPERSTAR is an iconic musical phenomenon with a world-wide fan base. In celebration of its 50th Anniversary, a new mesmerizing production comes to North America. Originally staged by London’s Regent’s Park Open Air Theatre and helmed by the acclaimed director Timothy Sheader (Crazy for You, Into the Woods) and award winning choreographer Drew McOnie (King Kong, Strictly Ballroom), this production won the 2017 Olivier Award for Best Musical Revival garnering unprecedented reviews and accolades. Appealing to both theater audiences and concert music fans, this production pays tribute to the historic 1971 Billboard Album of the Year while creating a modern, theatrical world that is uniquely fresh and inspiring.

To Kill a Mockingbird

All rise for Academy Award® winner Aaron Sorkin’s adaptation of Harper Lee’s Pulitzer Prize-winning masterwork. The New York Times Critic’s Pick TO KILL A MOCKINGBIRD is “the most successful American play in Broadway history. (60 Minutes). New York Magazine calls it “a real phenomenon. Majestic and incandescent, it’s filled with breath and nuance and soul.” With direction by Tony Award® winner Bartlett Sher, TO KILL A MOCKINGBIRD — “the greatest novel of all time” (Chicago Tribune) — has quickly become “one of the greatest plays in history” (NPR).

CHICAGO is BACK IN TOWN and its PURE ENTERTAINMENT!  With a legendary book by Fred Ebb and Bob Fosse, music by John Kander and lyrics by Fred Ebb, CHICAGO is now the #1 longest-running American musical in Broadway history –and it still shows no sign of ever slowing down! There’s never been a better time to experience CHICAGO, Broadway’s razzle-dazzle smash. This triumphant hit musical is the recipient of six Tony Awards®, two Olivier Awards, a Grammy®, thousands of standing ovations and now the #1 longest-running American Musical in Broadway history. CHICAGO has everything that makes Broadway great: a universal tale of fame, fortune and all that jazz; one show-stopping song after another; and the most astonishing dancing you’ve ever seen.

Cameron Mackintosh presents the new production of Alain Boublil and Claude-Michel Schönberg’s Tony Award-winning musical phenomenon, Les Misérables, direct from its acclaimed Broadway return. Featuring the beloved songs “I Dreamed A Dream,” “On My Own,” “Stars,” “Bring Him Home,”“One Day More,” and many more, this epic and uplifting story has become one of the most celebrated musicals in theatrical history. With its glorious new staging and dazzlingly reimagined scenery inspired by the paintings of Victor Hugo, this breathtaking new production has left both audiences and critics awe struck. “Les Miz is born again!” (NY1). 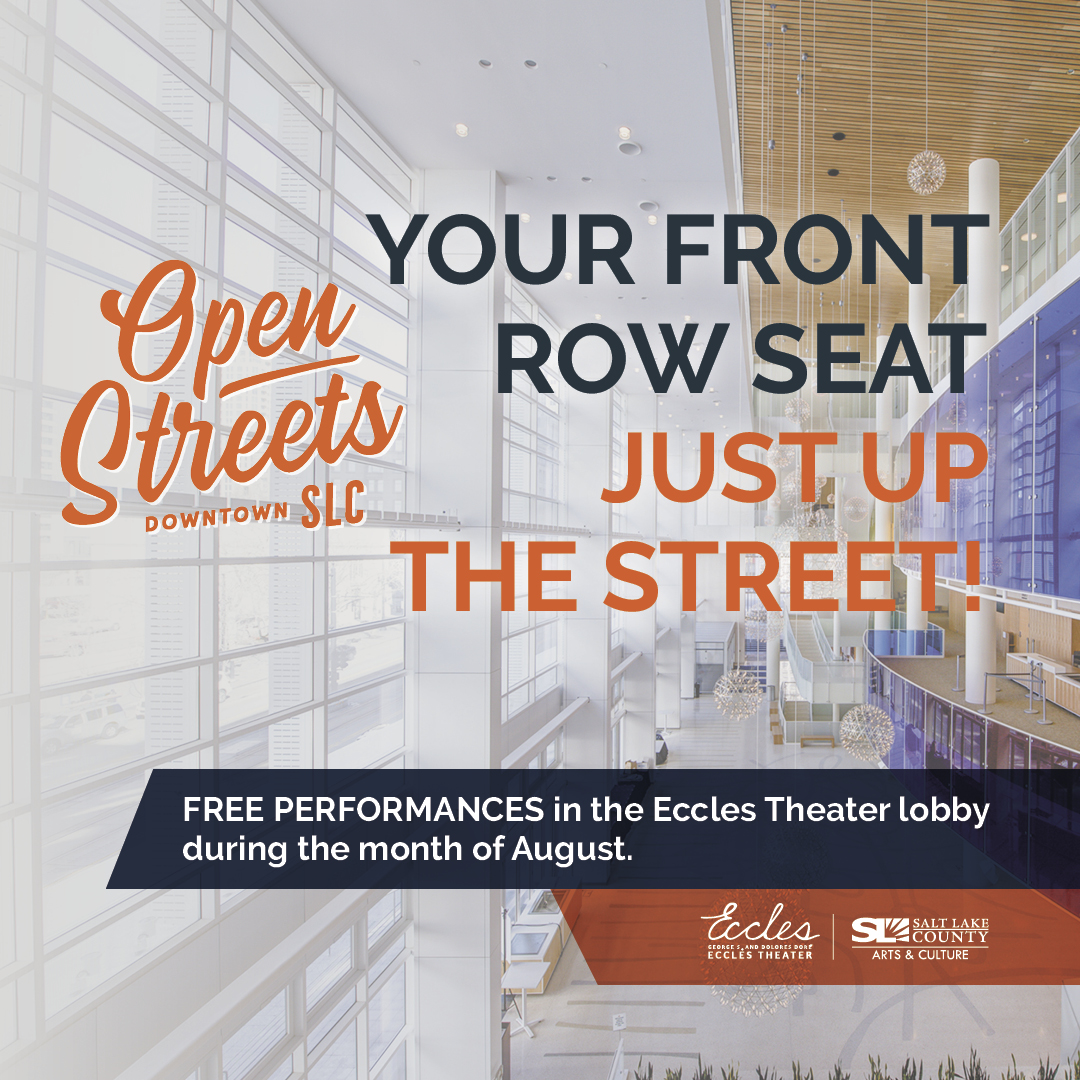 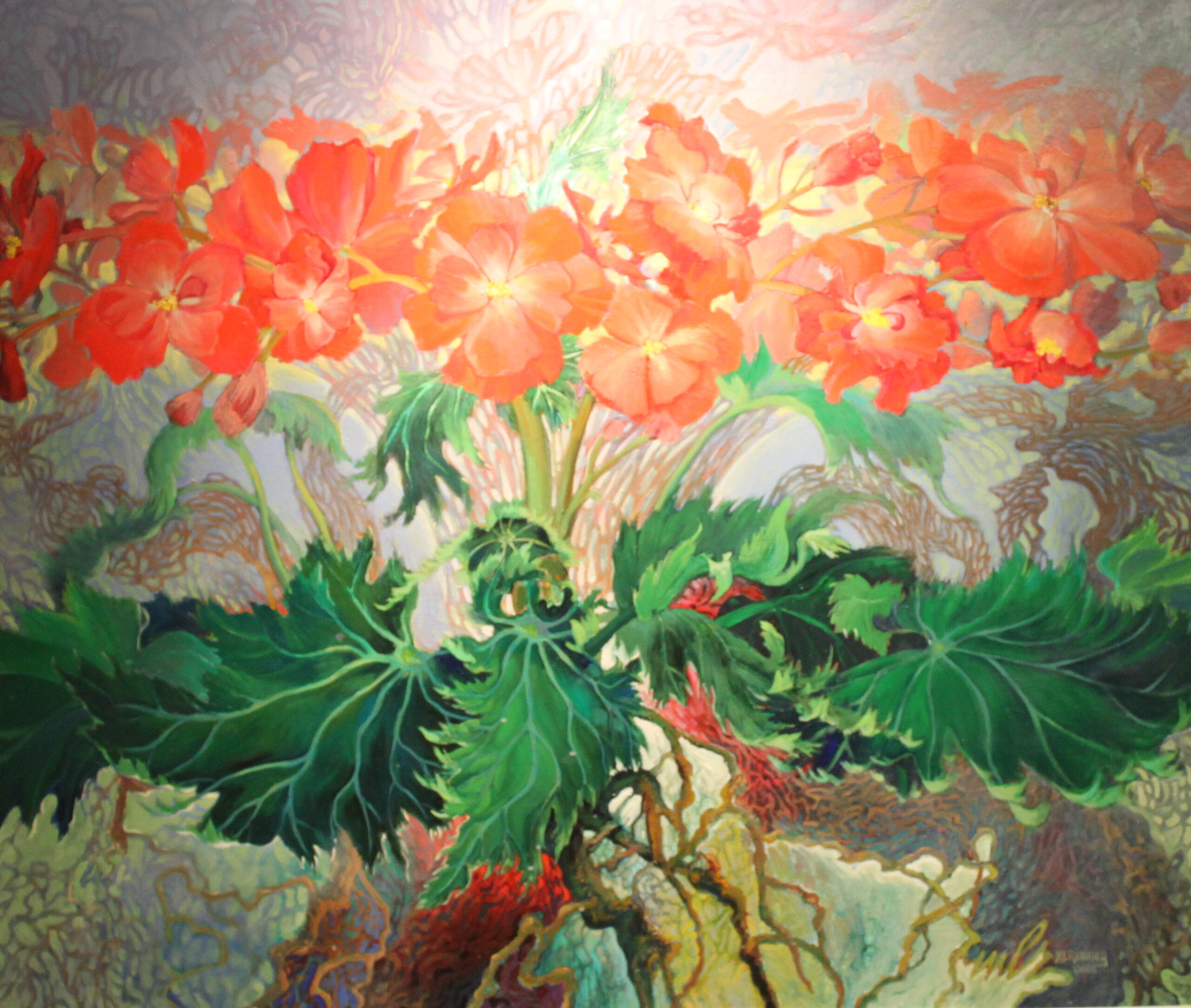 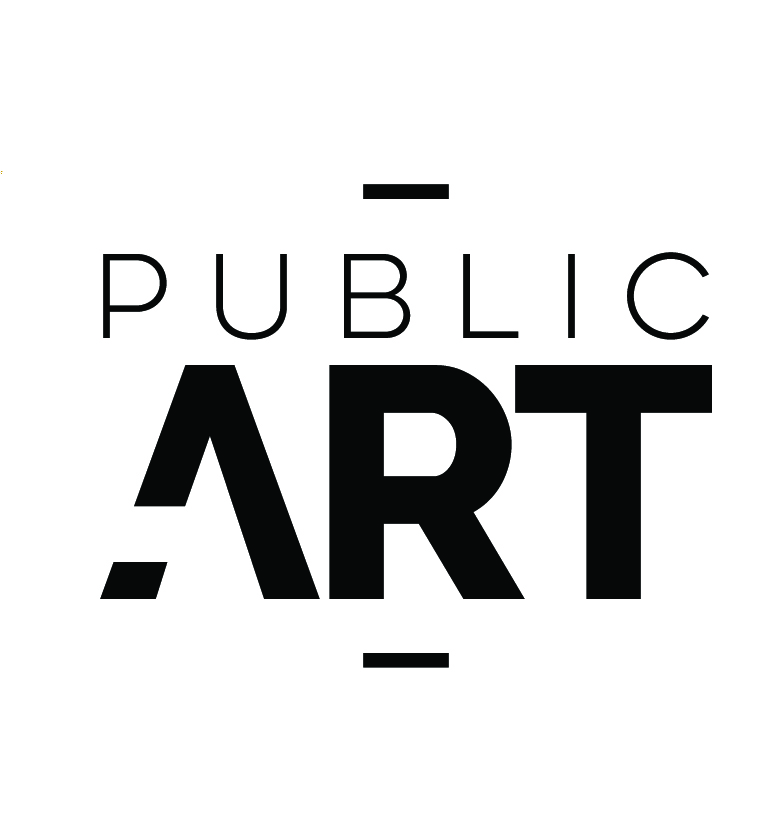